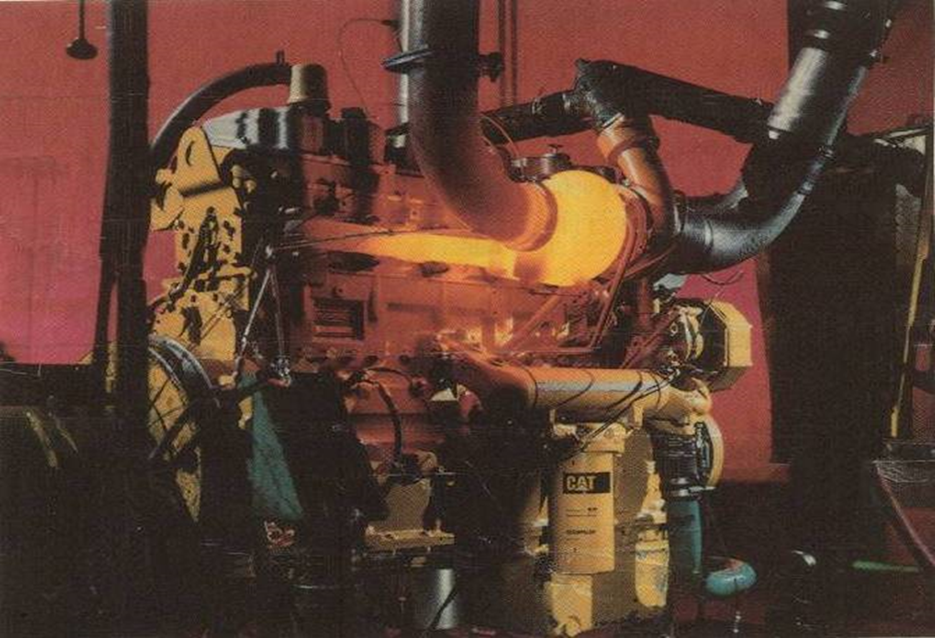 Opti-Diesel is a blend of metallic and organometallic catalysts in a solvent carrier that is added to fuel. Opti-Diesel is the culmination of over 10 years of research and development.

Other elements such as sulphur, nitrogen, and hydrogen are normally present in the fuel and in the air, and on reaction with oxygen free radicals during combustion, oxides of nitrogen (NOx), oxides of sulphur (SOx), and water (H2O) are formed.

Certain catalysts in Opti-Diesel serve to reduce Activation Energy for the combustion process. By reducing the Activation Energy needs in a combustion engine, Opti-Diesel increases the amount of system energy left, which is then available to do work. This shift often is seen by the user as an improvement in Specific Fuel Consumption, which is the amount of fuel consumed while performing a specific amount of work, i.e., moving a set load a set distance.

In use, Specific Fuel Consumption improvements occurred very quickly after addition of Opti-Diesel to fuel. Effects on emissions occurred more slowly. It is believed that the reduction catalysts need to reach a threshold value in an exhaust system before significant reductions are noted. In essence the catalysts turn the inside of the exhaust system into a giant catalytic converter. In use over several years, however, no restriction of emission systems has been noted, nor has any damage to existing catalytic converter systems been noted.

Phosphorus is also a component of one of the catalysts. Again, diluted to manufacturer specifications, concentration of phosphorus in Opti-Diesel treated fuel is multiple orders of magnitude lower than the amounts normally found in biodiesel blends or the 15 mg/Kg maximum limit for bunker fuels to be considered free of used lubricating oils.
The solvent carrier is miscible in diesel, biodiesel, gasoline, bunker fuel, etc.

The other catalysts in Opti-Diesel utilize hydrocarbon free radicals present in the exhaust gas after the combustion process is completed along with a little of the energy stored as heat in the exhaust gas as the driver for chemical reduction reactions (in this case, reactions forming stable oxygen, nitrogen, carbon, and sulphur molecules from CO/CO2, NOx, and SOx) in the exhaust gas, which helps reduce unwanted emissions.